Q: Can you tell us more about the ideas and objectives that lead to the new website?

A: The new website marks a new era for Port Finance International or PFI. PFI has been a successful organizer of conferences and courses since 2009. It successfully brought  people from throughout the industry and from different regions together, within a theme that connected them all: “How to finance ports?”. PFI Conferences were organized for large groups of attendants in countries like the UK, Turkey, the Netherlands and Brazil. Through its knowledge partner Maritime & Transport Business Solutions (MTBS) it also brought high class courses on Port Finance & Public Private Partnership, Port & Terminal Concessions and Port Feasibility and Valuation to top locations like London, Dubai, Amsterdam, Singapore, Istanbul and Rotterdam. By late 2016 MTBS became the new owner of PFI, with the aim to further develop PFI as a first-class networking and knowledge firm. As part of this objective, PFI continued its conferences and courses in Amsterdam, Rio de Janeiro and London, while behind the scenes the PFI concept was being reviewed. The central question to answer was how could PFI continue to be the main networking and knowledge transfer firm in the port financial sector and how the added value for the audience could be further improved, in light of recent developments and changes in the industry.

MTBS became the new owner of PFI, with the aim to further develop PFI as a first-class networking and knowledge firm.

Q: What specific changes in the industry to which PFI should respond to are you referring to?

A: This answer can be best answered speaking as director of MTBS. Over the last 5 years, our clients have seen their business environment change dramatically. Ports have seen a substantial increase-of-size and consolidation and alliances forming in the liner shipping business. The ongoing trend of ever increasing sizes of ship on the major trade routes, cascading into regional trades, has led to significant changes in the field of the shipping lines; we’ve seen bankruptcies, mergers and acquisitions and the forming of larger, and fewer, worldwide alliances, which has shifted the power balance in the industry towards the shipping lines. To remain competitive, Port Authorities and Terminal Operators worldwide have been forced to adapt to the new business dynamics and power.

Existing infrastructure and equipment needed to be upgraded to be able to receive the bigger ships, leading to an increase in the level of investments. The need for more tailor made and robust financing structures increased further, as was the focus on bankable projects. At the same time the profit margins in the industry were under growing pressure, not only for the Shipping Lines but also for Terminal Operators. The consequences for international Terminal Operators varied, with some still growing their portfolio of terminals through tenders and M&A, while others began to rationalize their business by selling of assets. At MTBS and PFI we have decided to respond to these business dynamics in two ways. Firstly, by continuing to provide high class courses on Port Finance & Public Private Partnership, Port & Terminal Concessions and Port Feasibility and Valuation. These courses will be given in leading port and maritime centers internationally, such as London and at MTBS’ office in Rotterdam. Secondly, the format for the conferences as executive networking events is taken to an even more exclusive level and transformed into the new ‘PFI Summits’.

Q: Can you explain what the new ‘PFI Summit’ entails exactly?

A: We have learned from our clients that the main objectives when attending PFI conferences was networking and to meet with people from the industry, for which the conferences were highly appreciated. Executives from the industry told us that the port sector business in general, and the port finance business specifically, lacked platforms or events for high level executive networking. In the broader infrastructure investment industry, this function is provided by several international forums and summits, providing executives’ meetings and panel discussions on real themes of importance. In this time of increasing and changing business dynamics in the port finance sector, such an event is even more strongly desired.

Therefore, the yearly Global PFI event in London is transformed this year into the first PFI Port Finance Summit, a closed networking event for executives from the port finance industry. To preserve the executive character of the Summit, participation will be on an invitation only basis. We are currently speaking with several interested partners to sponsor the London PFI Summit, which consists of a one-day executive meeting in a high regarded venue, with selective key presentations and moderated panel discussions. The program and venue of the Summit will be published shortly.

Q: So, the new PFI Summit provides a further quality increase of the existing PFI services; are there any other changes that can be expected?

A: We are indeed implementing one other major change, which involves this new website. We have decided to upgrade the news mailing and web portal facility of PFI and integrate these in the existing Port Finance International LinkedIn Group. PFI will stop sending news mail to all contacts who subscribed on the website. The news sharing and web portal function will be fully integrated into LinkedIn, through the already vibrant Port Finance International LinkedIn Group. The style of the new website is completely modernised with a more transparent look. It will continue to bring all relevant information on PFI, its curriculum of courses and of course the new PFI Summit. The web site also includes a new Views section, where exclusive interviews with leading Port Finance Industry Executives will be published, presenting their views on developments in the industry, as well as the responses of their organisations to these developments. We believe that the combination of the new web site together with the Port Finance International LinkedIn Group will provide our followers with the tailored means to remain fully updated on the relevant news and events in the Port Finance Industry.

The news sharing and web portal function will be fully integrated into LinkedIn, through the already vibrant Port Finance International LinkedIn Group.

Q: We arrived at the end of this first PFI View. Is there anything that you would like to add?

A: Yes, there is. I would like to invite all our existing followers and friends who have not joined the Port Finance International LinkedIn group yet, to do so with the link provided elsewhere on the new website. And finally, I would like to invite everyone to discover the continued and increased added value which Port Finance International has to offer through Courses, Summits, Views and the LinkedIn group. 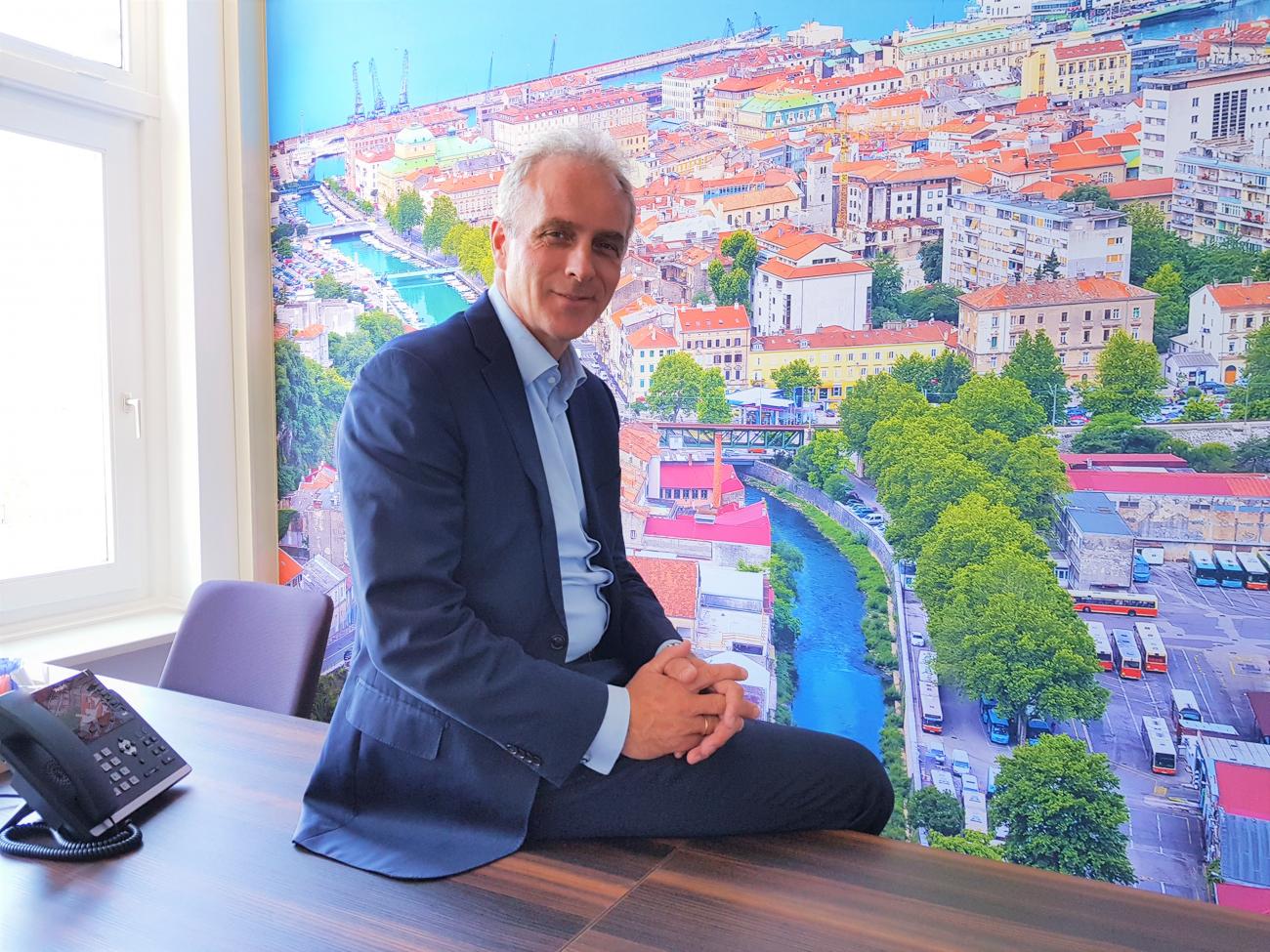 Mr. Luisman is director of PFI (Port Finance International B.V.) and co-owner of MTBS (Maritime & Transport Business Solutions B.V.). Mr. Luisman has more than 25 years of experience in the maritime & transport sector. He successfully graduated at the Technical University Twente (Business Information Science, 1990) and the Rotterdam Erasmus University (Operational Auditing, 1996). After serving in the Royal Dutch Navy as reserve officer for nearly 2 years, he started working as consultant and developed his special interest and expertise in the maritime, port and transport industry through a wide variety of assignments for clients in Europe, Africa, the Middle East, Latin America and the Caribbean.