PFI (Port Finance international) provides a unique platform connecting the Port and Finance industries. Building on 10 years of successful conferences and training courses around the world, all focused on delivering highly targeted knowledge and information on global port and terminal investments and developments, PFI is now excited to announce the Port Privatization Forum Rio 2019. This exclusive Forum offers senior executives from the Port and Finance industries top level networking and the exchange of ideas and business opportunities. It will provide an exclusive insight into Brazil’s planned port reform program and privatization plans.

Brazil is entering a new political era, and the impact on Brazil’s Ports Sector is already noticeable, with the announced privatization of the public ports high on the Government’s agenda. The expectations of the outcome of this port sector reform are high. The various changes in port laws over recent years have resulted in a unique and diverse framework of public and private user ports in Brazil. The institutional set up of public and private user ports differs profoundly and strongly impacts port and terminal performance, the investment capabilities of public and private actors and, importantly, the ease of doing business.

Investments in the global transport sector, and in particular in ports and terminals – whether though greenfield activity or M&A - have been steadily moving towards creating a better and more integrated infrastructure, both to facilitate supply chain integration and to lower transport costs, thus contributing to regional, national and global economic growth.

In recent decades the Brazilian economy has been unable to reach its potential to develop and operate a strong performing Port Sector to help facilitate economic growth. The Port Privatization initiative of the new Brazilian Government aims to unlock the value that the Port Sector can bring to the country.

This PFI Port Privatization Forum Rio will bring together all those involved in ports and terminal management and operation, public and private, and the professional services industry, in an atmosphere enabling the exchange of information and business networking.

With diverse perspectives from international port investors, project developers, buyers and sellers of port assets, this one-day Summit will offer an Opening Reception, Keynote Speeches, Panel Forums, Roundtable Sessions, and a Networking Lunch, Networking reception to round off the day’s discussions and will be a platform for leaders to connect and share information about ongoing, and planned, deals and projects.

KEYNOTES AND FIRE SIDE CHATS
Asset owners will share their ongoing project plans and outlook – outlining their needs and requirements for investment and collaboration. Investors will have the chance to learn more about these projects in exclusive fire side chats, designed to give both sides the opportunity to engage in real business discussion.

PANEL DISCUSSIONS AND ROUNDTABLES
These sessions will bring together experts from throughout the value chain, for peer-to-peer discussion on how to better collaborate and to both highlight business critical challenges and identify solutions.

NETWORKING
As well the plenary sessions, where business will be high on the agenda, PFI Port Privatization Forum Rio 2019 will provide unparalleled networking for those attending – through a Networking lunch and a Networking Reception to round off the day’s discussions. 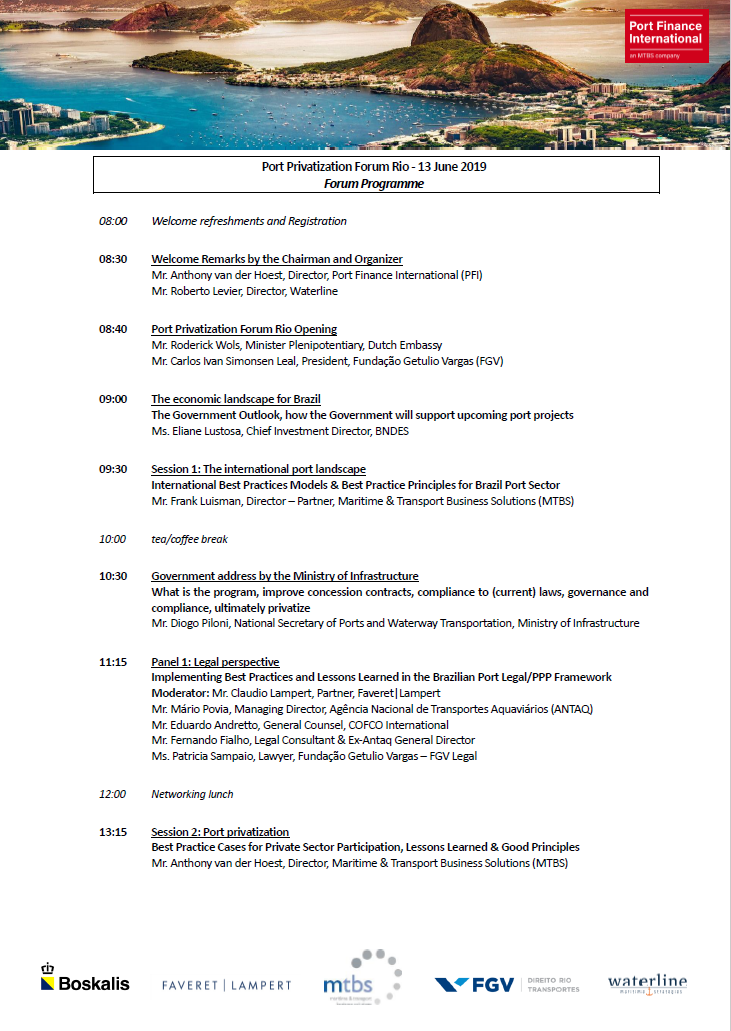 Pictures
You are very welcome to use these pictures, but we would ask that you mention ‘’Port Finance International (PFI)’’, please. Click here to view the selection of pictures.

Accommodation
If you would like to view available accommodations in the area, please use the following link for the nearest accommodation: https://hotelmap.com/pro/M7XKP

Visa
Please note that Port Finance International cannot assist you with applying for or obtaining visas. For information about visa requirements and application procedures please contact your local Brazilian embassy or consulate.

To register your interest in joining the Port Privatization Forum Rio 2019, please send your full details to sacha@portfinanceinternational.com

We are exclusively inviting C-suite guests, so attendance and eligibility will be vetted.

This Forum is aimed at those organisations who have active, current and demonstrable involvement in port developments, investments or M&A.

Places will only be offered to those with direct responsibility for these activities. 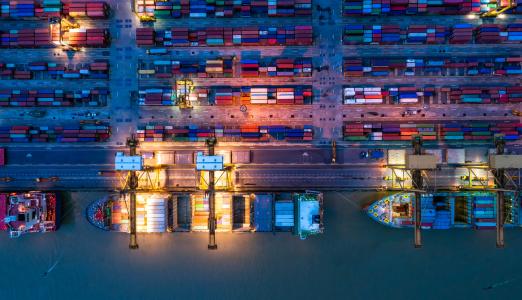 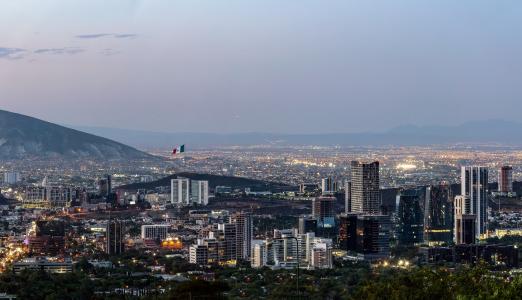 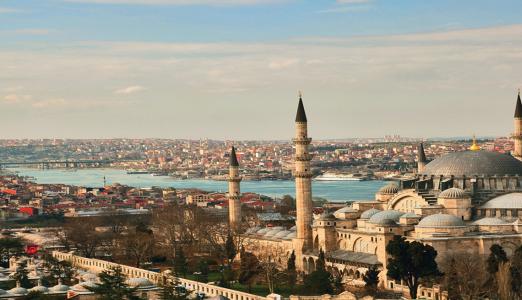